The Golden Age of Humanity is Coming ∞The 9D Arcturian Council

We are able to detect the slightest of fluctuations within the energy fields of all humans there on your world, and we are also able to detect the shifts that occur on the level of your collective consciousness. It is important for you all to know that there has been a major uptick in your overall vibration as a collective, and that is due in large part to the number of you who have chosen to stop the fighting, the name-calling, and the finger-pointing that has been going on for a very long time there on Earth.

It doesn’t mean that you are going to see everyone embracing each other regardless of their views on the major issues of your day, but it does mean that enough people have felt the discord, the lack of harmony within themselves when engaged in an argument or a fight, and have decided to let some things go. Enough people have graduated from the us-versus-them mentality that is so prevalent on your world and have opted instead for inner peace, tranquility, inner harmony. That’s what it takes.

It’s not about you all receiving the impact of a solar flash, and it’s not about any event that will happen outside of you. It’s not about disclosure or first contact. These things will all happen, but they will come as a result of the work that each individual does, and we want you to know that. We want you to realize the power that you have within you to lay down your arms, your weapons of words and thoughts.

It is okay to let someone else believe that they are right, even when you wholeheartedly disagree with them. It is all right to walk away from someone who is trying to bait you into a fight or an argument. It is so much more important that you exude love, compassion, and that you are an instrument of the universe than it is to be right. Have you ever noticed that you’re not right one hundred percent of the time? And yet you still cling to being right as though it defines your value, your worthiness. It really doesn’t.

You all need to live and let live if you are ever going to come together and stop the wars, the bombs being dropped, the gun violence, and so on. And as we have said previously in this transmission, enough of you are doing that, a small percentage of the entirety of the human population, but it was enough to have a major impact, and we want you to know that because we want you to continue to do it.

Don’t even have the argument with the other person inside your own head. Forgive, send love, have compassion, and know that in some other reality that is you who has that belief and is pushing it on everyone else. You are awake enough to know that this is not the way, and that is why you resonate with us and our messages. And we want you to know how proud we are of you for letting go of the need to be right or to belittle someone for their beliefs or their choices. You’re all better than that, and you all know it deep down inside.

That’s why it feels better when you accept everyone where they are in the moment, and you look within yourself for how you can change and how you can be better. We know that more and more people will be following in the footsteps of the peaceful ones, and we see them leading humanity into this golden age where everyone gets to create what they want to create, and no one is living in fear. 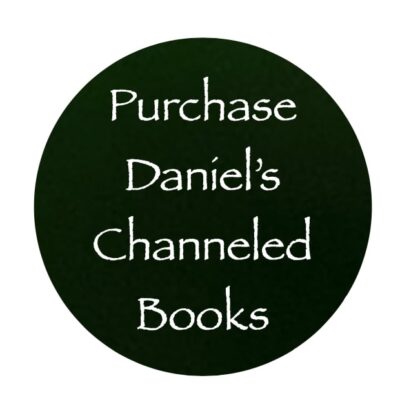 Next post: The Next Giant Leap Forward for Humanity ∞The 9D Arcturian Council

Previous post: What Happens When You Die? The Archangels Give Us a Play-by-Play

Are we here just to be, or are we here to become something more than we are now? What works best and makes us happiest?

As single or collective units of Aware Energy, or Consciousness in any form, All That Is thinks, feels, acts and reacts; therefore, we ARE! As we think, feel, act and react, we create. To change what we create, we change what we think and feel, how we act and react. As Beings of Consciousness, or Aware Energy, we are the Source and Substance of All That Is, including objects we think of as inanimate.

Beyond human law, there is no right or wrong, good or bad; there just IS! There is the difference between what we like and don’t like, what works for us and what doesn’t, what makes us happy and what doesn’t, in our oneness with and separation from All That Is – as both products of creation and creation itself.

Ours is the power to remove all limiting and conflicting beliefs that keep us from being our True Selves, the selves we love to be.

All in this Together – Partners in Evolution!